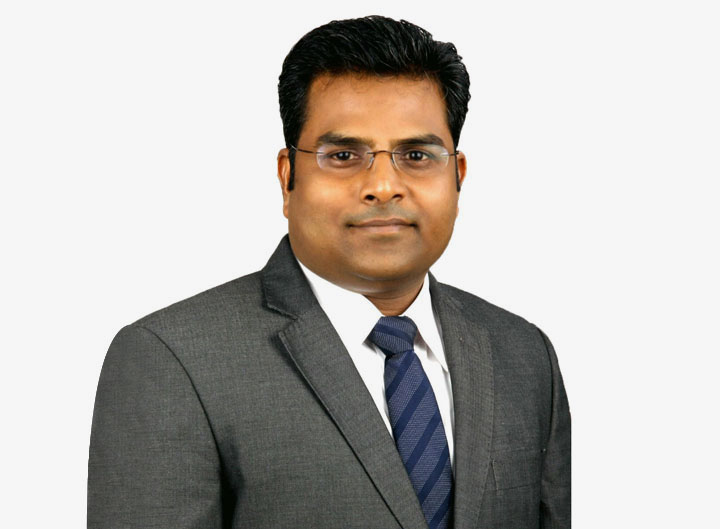 Dr. Murali is a Senior Consultant Neurosurgeon and heads the Neurosciences Department at Sagar Hospitals. He completed his MBBS from MS Ramaiah Medical College, RGUHS, and went on to receive his Neurosurgical training at the Post graduate Institute of Neurological Surgery, ALNC, VHS Hospital, Chennai.

He gained further expertise in his field by working with renowned national and global Neurosurgeons. He began his career as a Junior Consultant at Columbia Asia Referral Hospitals, Bangalore, and later set up the Department of Neurosurgery at KIMS -Bollineni Hospital in Rajahmundry, Andhra Pradesh. He later joined as a faculty member at the MS Ramaiah Institute of Neurosciences, MS Ramaiah Medical College, where he trained undergraduate and post graduate students from Neurosurgery and General Surgery.

His academic interests have led him to deliver and attend seminars, various CMEs, workshops and conferences across India and the world. With several academic articles and chapters in various textbooks to his credit, he has three national award papers decorating his academic credentials. His proposed staging for skull-based fungal granulomas was well received and published.

Dr. Murali has performed over 6,000 Neurosurgical procedures. His areas of interests are brain tumours, CV Junction, skull base surgeries and spine surgery. He has a keen interest in complex spinal deformity surgeries, such as scoliosis. His attitude towards research led to the development of a novel and indigenous Stereotactic apparatus known as RADARC, a tool used in complex neurosurgical procedures involving frame based navigation which has helped reduced the duration and cost of brain surgery. He is a member of several reputed organizations such as the Indian Medical Association, Neurological Society of India and the Skull Base Surgery Society of India.

have 12 years of experience